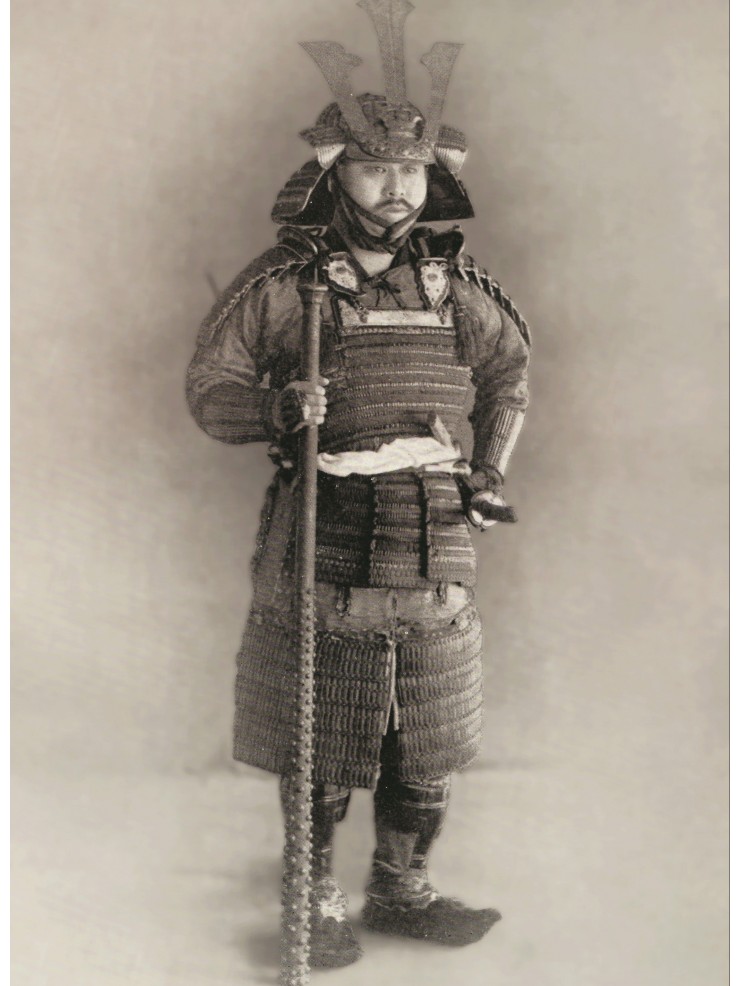 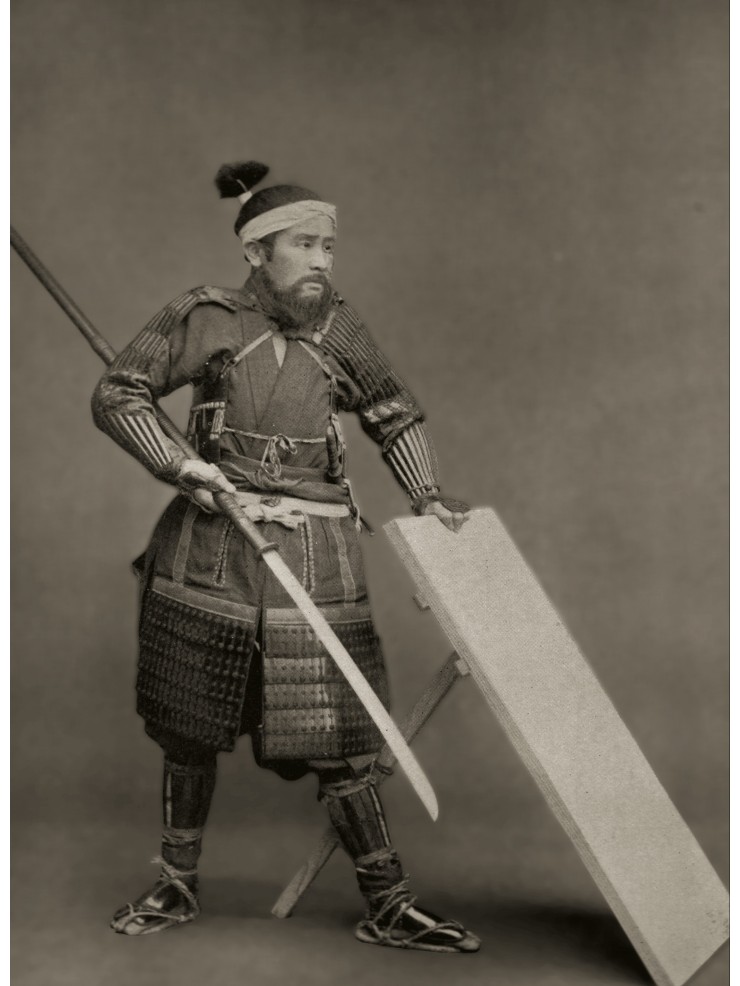 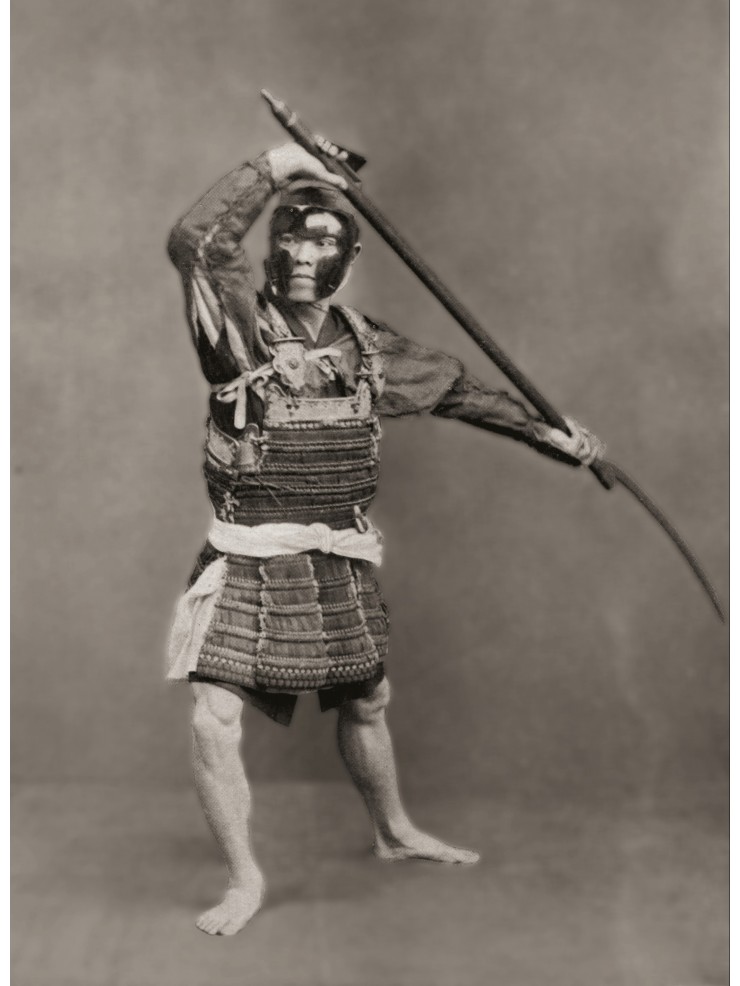 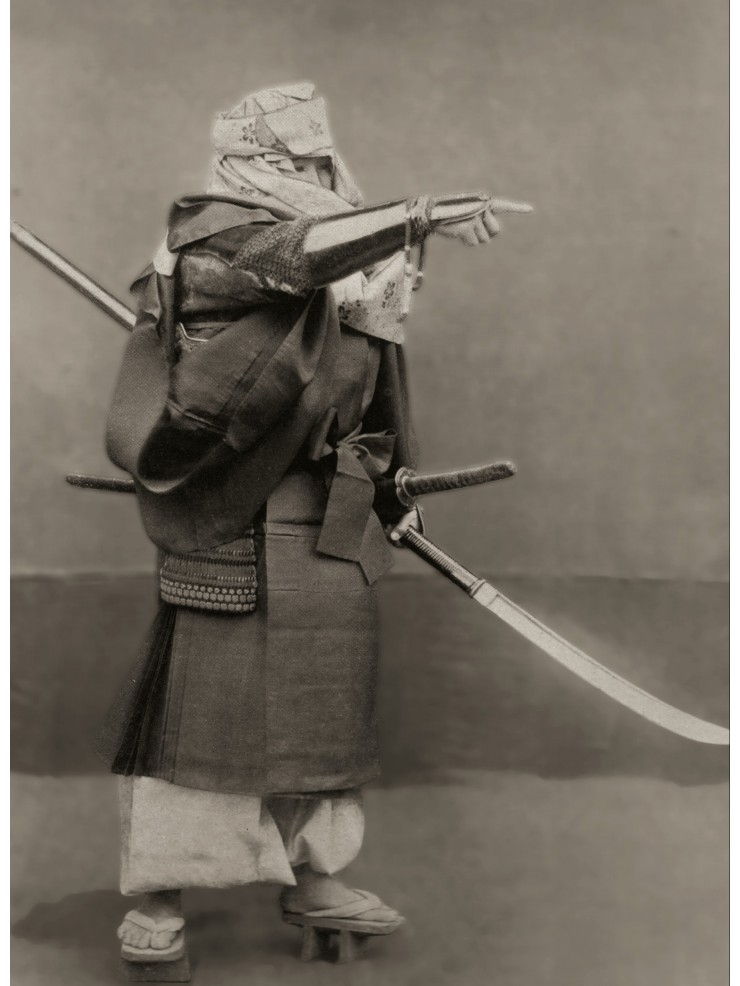 Magnificent photographs of the different costumes of samurai warriors from the Heian period to the Muromachi.

In Military Dress of Ancient Japan, Ogawa, under the direction of Chitora Kawasaki of the Tokyo School of Fine Arts (Koyukai), collected a series of museum costumes and recreated the various warriors from the Heian period (Fujiwara era) to the Muromachi (Ashikaga era), from the 10th to the 16th centuries. In this work, the author provides us with much precise information about the types of armor and weapons, as well as the use given to each of them in each era.

A magnificent look at Japan's warrior past through the camera lens of a direct descendant of the samurai.

He was born into a samurai family descended from the Matsudaira clan, a clan famous for being the clan to which the Tokugawa Ieyasu shogun belonged.

Ogawa took up photography in 1873 while attending a missionary school in Tokyo. In 1881, Ogawa continued his studies in photography under the watchful eye of the illustrious photographer Shimooka Renjō. In 1882, he moved to Boston, where he perfected his knowledge of photography. He returned to Japan and opened a photographic studio in 1885 in the Iidabashi district of Tokyo. In 1907, he founded the sensitive material factory named Tsukiji Kampan Seizō Kaisha (築地乾板製造会社) and later founded the Ogawa Shashin Seihan Jo (小????写真製版所) printing house.

He was a founding member of the Japanese Photographic Society, in which he actively collaborated in the dissemination of photography. In 1891, on the occasion of the inauguration of the first skyscraper in Japan, the Ryōunkaku, he made a report on the hundred most beautiful geishas of Tokyo that were distributed in the form of postcards.